Photo by Joey Csunyo on Unsplash

The data are from the US Census Bureau’s 2014 Population Estimates that were released in May 2015.

Or if you need to look up the 2014 population for your city, you can find that data for free by clicking on your state and then navigation to your city: https://www.cubitplanning.com/data/quick-reports 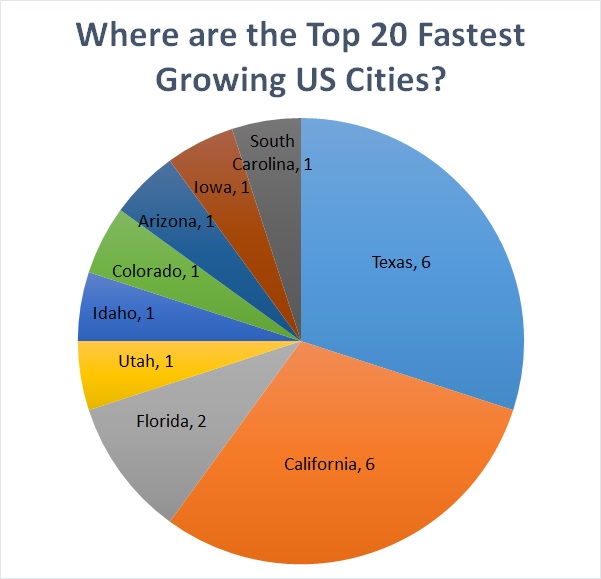 Since I live in central Texas (Austin to be precise), I’m not surprised to see San Marcos, Georgetown or New Braunfels on the above list. I’m seeing tremendous changes in the smaller cities surrounding Austin, especially as the housing prices & rent rates in Austin are increasing.