Photo by Justin Eisner on Unsplash

Let’s head over to the National Center for Education Statistics website. They have a cool tool called the School District Demographics Systems (SDDS).

Positive: SDDS is Easy to Use

Make your selections in the green box to right, and the map will change accordingly. For example, here’s a map of the Under 18 Hispanic persons for all Texas Unified School Districts. 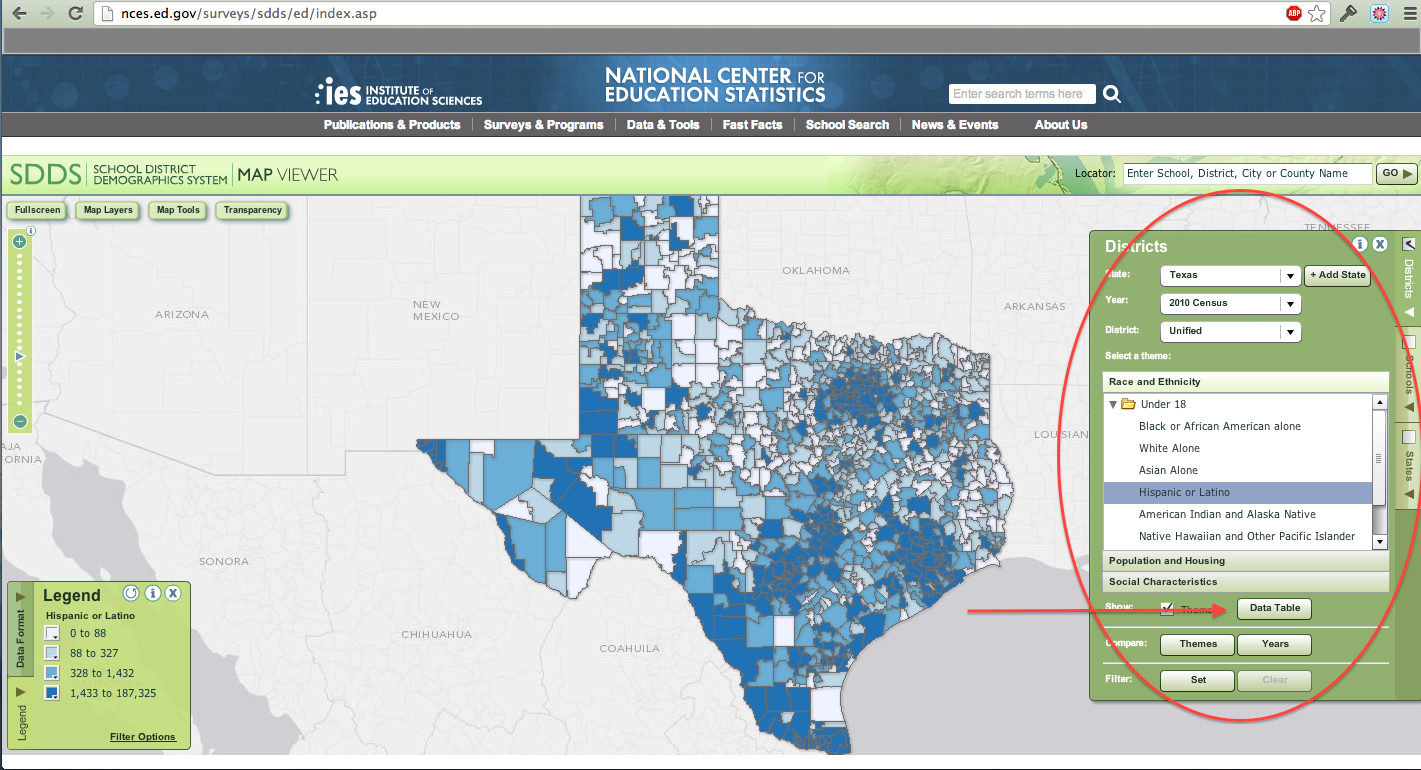 If you want the actual data that’s displayed on the map, click on the Data Table button. Then click the Save to File button. Pretty nifty, huh? 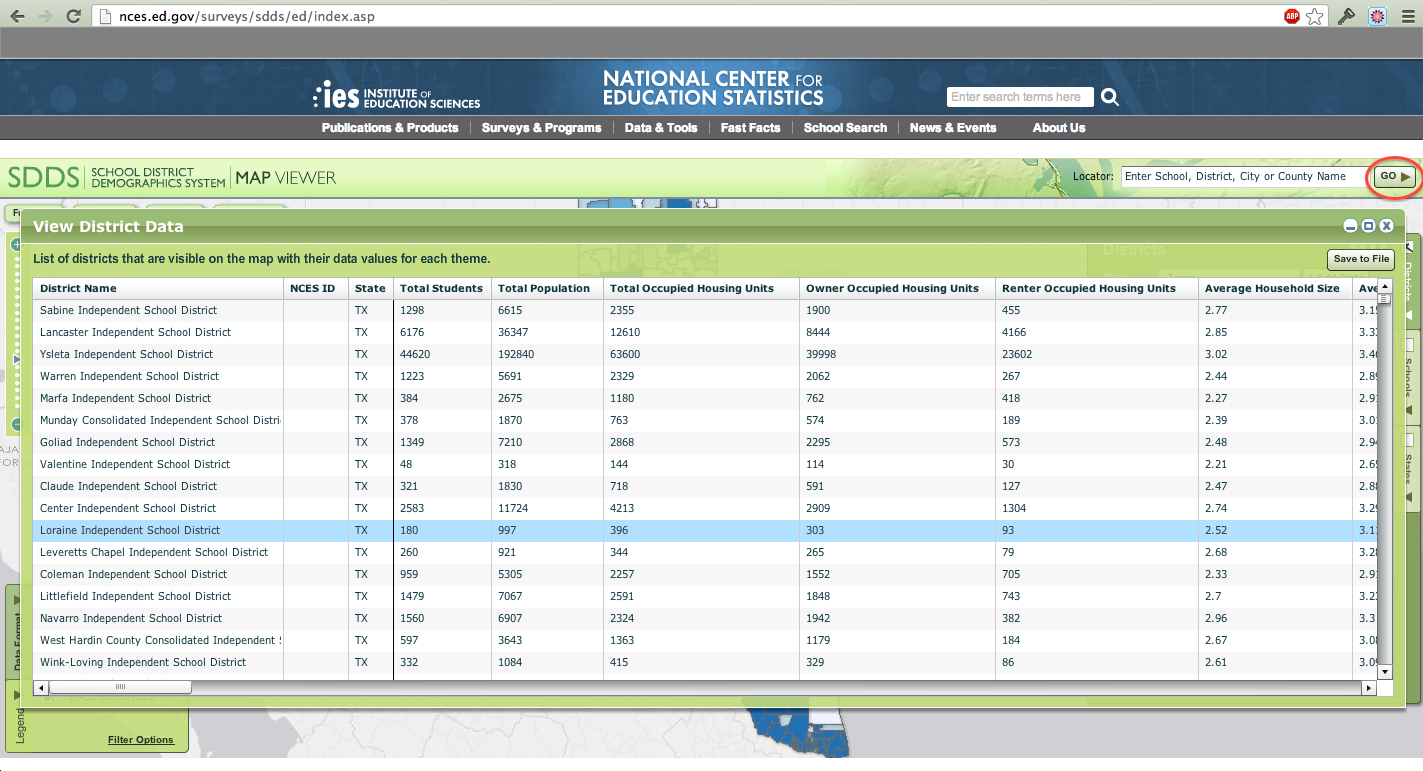 You can get the following data points: 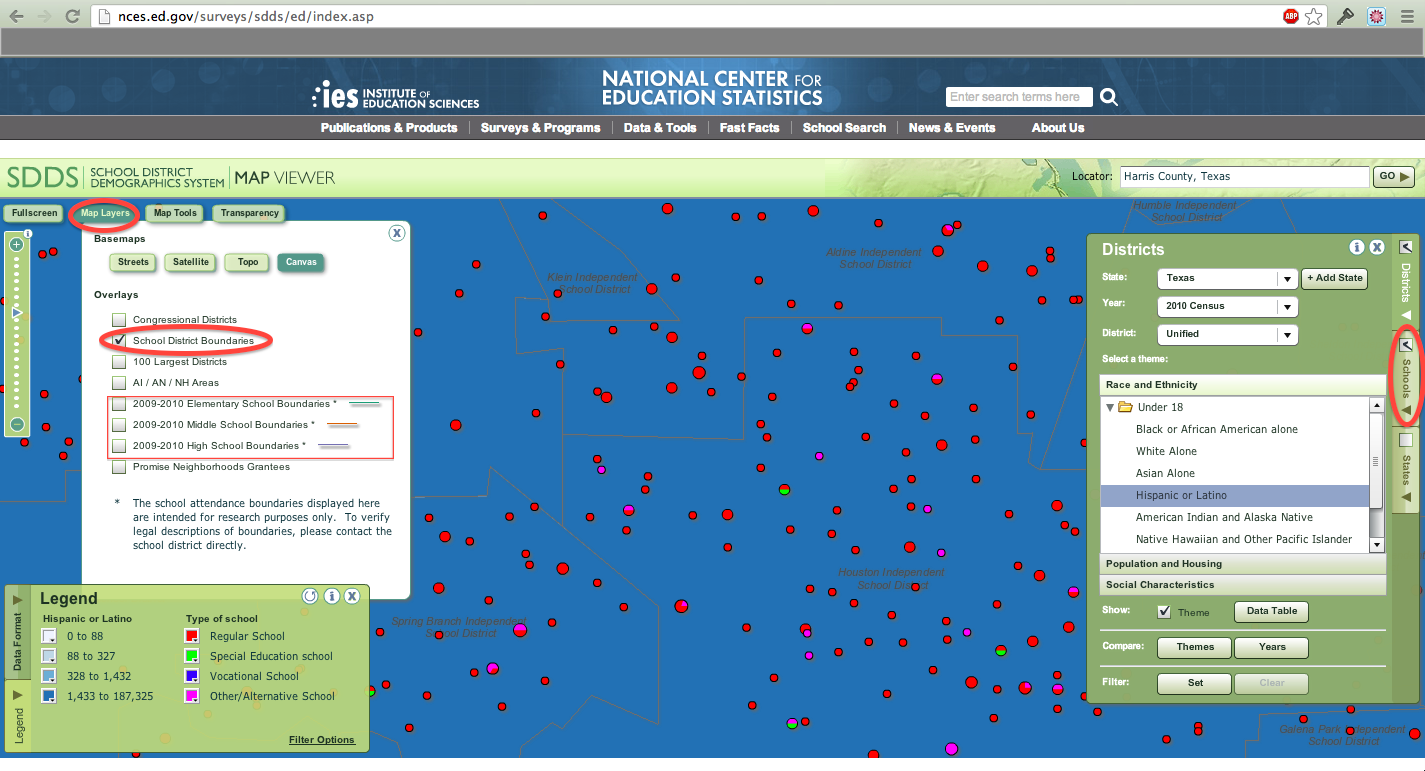 Positive: Export Spatial Data for School Districts with the SDDS

If you want to build custom maps or do spatial analyses, you can also export the spatial data. Click on the Map Tools button, and then click on Get Spatial data. Select the data which best meets your needs – Census, ACS or SAIPE. If you don’t already know what dataset to use, you’ll probably need a little help from a demographic data nerd or spend a couple of hours digging on the Census Bureau’s website. The differences between these datasets are way more complicated than can be summarized in this blog post. Or you could just download all of the datasets & then pick between then later on. 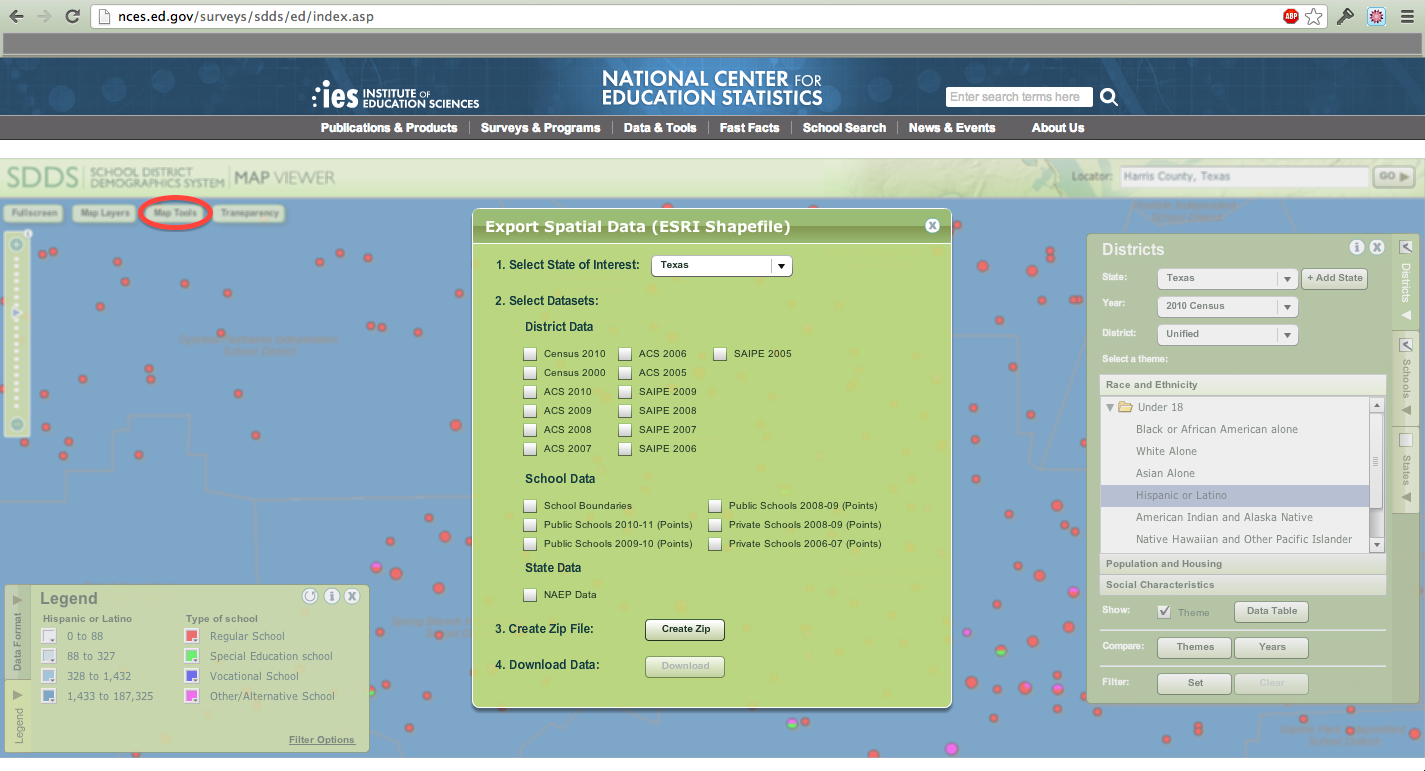 Negative: Very Limited Data Points are available with the SDDS

So we’ve seen that the SDDS is an awesome and easy to use tool for pulling school district population data–kudos to the builders of this tool–but there’s a potential problem. What if you need data points for school districts that aren’t included in the list above? Here are just a few examples of data points that folks working with school district data want & can’t get from the SDDS (even though these data points below are published by the Census Bureau):

The Demographic Profile Webmap is another awesome tool that works like the SDDS tool with the added benefit of providing us with even more demographic data. Oh boy! The only problem is that as of today the Demographic Profile Webmap provides us the ACS 2006 -2010 data. The most current ACS 5 year dataset that is available today is 2007-2011. Hopefully, this app will be updated in the near future. But as of now, you can’t get the most current data from this tool.

Let’s say you want the most current data available for the number of people who speak Spanish in a school district. Here’s a very simplified outline of how to do this analysis (warning: if you don’t have a basic understanding of GIS, the following outline might be gibberish).

Hopefully, this post has armed you with enough tools & techniques that you can now pull the school district population data that you need. But if you’d rather not learn the difference between Decennial Census vs ACS data or when it’s better use use Census blocks vs block groups vs tracts, you can always hire me to pull this data for you.